Over the years, Prof. Wagner has received the following research awards, which also represent honors for his collaborators.

Award of the dignity “Doctor of Engineering Sciences honorary” (Dr.-Ing. e. h.) by the Dresden University of Technology

The award of the honorary doctorate by the Dresden University of Technology on May 18, 2015 was an expression of appreciation of Prof. Wagner´s life´s work in recognition of his outstanding achievements and merits in thermodynamic property data, in particular in the development of precision apparatus for measuring the density of gases and liquids and the development of highly accurate equations of state for pure fluid substances and mixtures of fluid substances.

An appreciation by the Ruhr University can be found here.

The report on this occasion can be accessed via the link  (however, it is in German). It also describes the development of the research activities of his Chair over the period from 1975 to 2015.

This prize was awarded to Prof. Wagner in 2008 by the International Association for the Properties of Water and Steam (IAPWS) for his research work in the experimental and theoretical field of thermophysical properties of gases and liquids over large temperature and pressure ranges.

The citation for this highest research award of the IAPWS reads (quote from the certificate):

“In recognition of outstanding contributions to experimental and theoretical research and being an international authority on thermophysical properties. The work includes devising apparatus for densimetry, which is now the accepted standard worldwide, and the production of a new generation of multi-parameter equations of state for many industrially important pure substances and also for multi-component mixtures. Several of these are accepted as international reference equations for thermodynamic properties.”

This prize is awarded only every four to five years (for the first time in 1999).

This prize was awarded to Prof. Wagner in 2003 by the American Society of Mechanical Engineers (ASME) for his research work in the field of thermophysical properties of fluid substances (gases and liquids).

The appreciation in the certificate reads:

It is generally considered to be the most prestigious international award for research in thermophysical property data, awarded only every three years (for the first time in 1988). 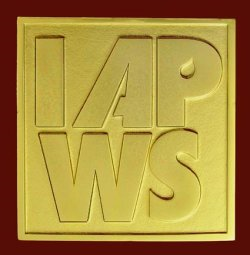 This prize was awarded to Prof. Wagner in 1998 by the International Association for the Properties of Water and Steam (IAPWS) for his research work in the field of the thermodynamic properties of water and steam.

The appreciation in the certificate reads:

“For long-standing efforts in formulating and improving IAPWS releases. For effective organizing and directing an international effort resulting in the IAPWS Formulation 1995 for the Thermodynamic Properties of Ordinary Water Substance for General and Scientific Use, and the IAPWS Industrial Formulation 1997. For developing accurate densimetry and correlation methods for fluid properties.”