Combined Measurement of Density and Viscosity of Fluids and Fluid Mixtures

Within a current DFG-project, (η, ρ, p, T, x)-data of three nitrogen + carbon dioxide mixtures and of three methane + ethane mixtures shall be measured within a temperature range from (253 to 473) K at pressures up to 20 MPa. Viscosity (expanded uncertainty, k = 2: 0.5%) and density (expanded uncertainty, k = 2: 0.1%) measurements will be carried out simultaneously using a viscometer-densimeter. For the same temperature range viscosity shall also be measured with a viscometer for low gas-densities (up to 2.0 MPa) with an expanded uncertainty of 0.3% (k = 2).

Speed of Sound- and Density Measurement of Fluids and Fluid Mixtures

Initially the speed of sound apparatus was used independently. So far, data for several alcohols (Methanol, Ethanol, 1-Propanol, 1-Butanol, Cyclopentane, 2-Propanol, 2-Butanol, Isobutanol, 1,2-Propanediol, 1,3-Propanediol, Ethane-1,2-diol) were measured over the temperature range from (–20 to 80) °C at pressures up to 30 MPa. Moreover, sound speed was measured in Benzene and Heavy Water (D2O). Thereby the expanded (k = 2) uncertainty in speed of sound was estimated to be between (0.011 and 0.036)%. The speed of sound apparatus and the single-sinker densimeter were modified recently so that the speed of sound and the density of fluids and fliud mixtures can be measured simultaneously. Density measurements can be carried out over the temperature range form (–25 to 200) °C. Overall, measurements can be conducted at pressures up to 20 MPa. 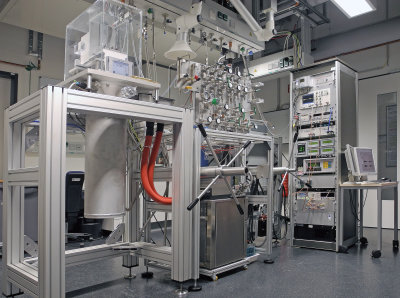 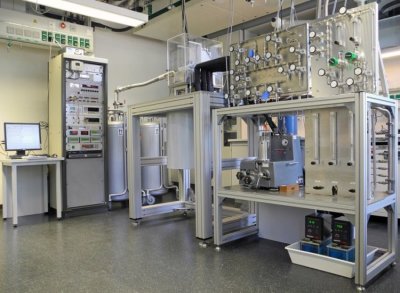 Accurate Measurement of the Density of Liquid Mixtures at Cryogenic Temperatures

Within the scope of the EMRP-project “Metrology for LNG“ combined with a research project of the European Gas Research Group (Groupe Europeen de Recherches Gaziers, GERG) an accurate densimeter for cryogenic liquid mixtures was set up. With this special device measurements can be carried out in a temperature range from (–180 to 30) °C at pressures up to 12 MPa. Utilizing this apparatus, density measurements on various LNG-like mixtures and binary mixtures were performed within several projects. The recorded (ρ, p, T, x)-data can be used to validate existing equations of states and/or for the development of new models.

Density Measurement on Gas Mixtures with a Precicion-Gas-Densimeter 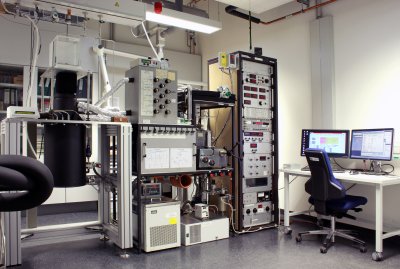 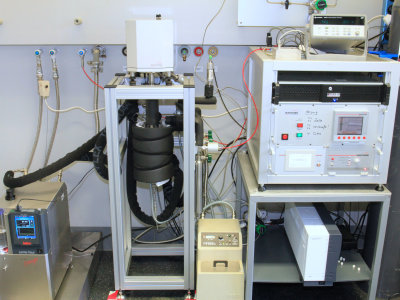 Determination of Adsorption-Kinetics and -Equilibria of Gases and Vapors

Density Measurements on Fluids with a Vibration Tube Densimeter 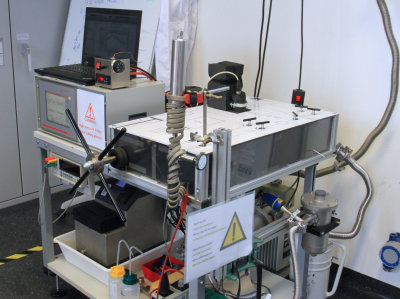 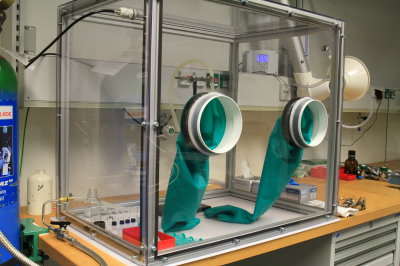